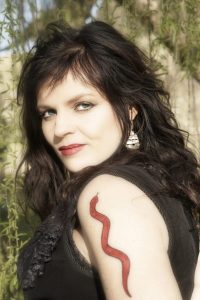 “Magic occurs at those moments when we feel a deep connection with the Universe. Sometimes this happens spontaneously, through a profound experience such as falling in love, or witnessing a particularly beautiful expression of Nature. But for those of us who are practicing Magicians, we can choose to develop this connection through the power of our Will, and through focusing on positive outcomes. A lot of the power of Magic comes from awareness, of both your surroundings, and your own inner workings. The more we connect with the natural world, the more refined our awareness of energy becomes.

Magic works with the energies of Nature, not against them. In this sense, Magic becomes easier and more effective the more aware we are of what Nature is doing. We observe, for example, whether the overall energies of Nature are moving toward increase or decrease – we flow with the waxing and the waning of the Moon, and with the changing seasons. Often Magic works in ways that may seem illogical to our rational minds. It often involves a leap of faith, a trust in the great mystery of Life and of hidden energy. Here on the Earth plane we work our Magic spells and rituals. The energy we raise vibrates and creates change on the etheric or astral realms, and that change is mirrored back to us. The more we practice Magic, the more strange and wonderful occurrences and coincidences occur to delight and inspire us.

I practice Magic and ritual in a very intuitive, natural, and improvised way. For me, Magic is a daily practice, rather than something reserved just for the Full Moon or seasonal Sabbats. Magic is something that flows through every moment of our lives. I think that the most important aspect of the way that we practice our Spiritual path is simply in the way that we perceive and think about Life and the Universe. It’s about being open to the wonder of Life and of Nature. It’s noticing the flow and energy around events and people and the interconnectedness of all.

I believe that Magic is a very natural process. If we allow ourselves to connect deeply with Nature, then Magic will flow through all areas of our lives. I like to create an environment – both in my live concerts, workshops, and our online school – where each person is encouraged and supported in their exploration of their own Magical essence. I don’t follow any particular Wiccan path (Alexandrian, Gardnerian etc), but instead have a very eclectic and improvised approach to Magic and the Divine. I tend not to follow any particular rules, but rather draw on many different sources to aid me in my ongoing pursuit of deep spiritual connection with Nature”.

For more than two decades Wendy Rule has followed the path of Witchcraft – an ever evolving spiritual tradition that honours the cycles of Nature and the magical interconnectedness of all Life. Wendy’s spiritual path is inseparable from her music – they are two sides of the same coin, each informing and enhancing the other. Since her first album Zero (released in 1996), Wendy has woven her Witchcraft and music together, drawing on her knowledge of ancient mythology, tarot, astrology, and the cycles of the Moon and Sun. Each of Wendy’s albums is a ritual in itself, inviting the listener on a spiritual and emotional journey of beauty, wisdom and depth.

When Wendy first arrived on the Melbourne (Australia) music scene, Witchcraft was a bit of a buzz word. The film “The Craft” had just been released, and ‘Charmed’ would soon be hitting televisions everywhere. Of course the local media loved this hook, and every early interview inevitably included questions not only about her music, but also about being a Witch, and what that meant. Many journalists were genuinely interested in the spiritual aspect of Witchcraft, but many others were derisive and disrespectful, falling back on tacky pop cliches, asking questions about turning ex boyfriends into toads etc. Wendy fielded these interviews with grace, bringing the focus back to her music and her connection with Nature, and since then has continued to be ‘out and proud’ as a Pagan, both onstage and off. But this, of course, doesn’t mean that her music is only enjoyed by other Pagans. Wendy’s followers come from a wide range of spiritual traditions and cultures. What unites her fans is an appreciation of beautifully honest and heartfelt music that celebrates and honours the full spectrum of human emotions.

“Ever the High Priestess, Rule plays a role she is both beloved in, and born into”

Live concert review from “The Music”, Magazine, Australia, 2014. For the full article,click here.

between music, theatre and ritual. No two concerts are ever the same. With a vast back catalogue to draw from, Wendy chooses songs to honour the energy of the moment – Dark Moon or Full, Samhain or Beltaine, happy times or sad. Every concert begins by creating ‘sacred space’ – using song, chant, and improvised poetry to welcome in each of the sacred Elements of Earth, Air, Fire, Water and Spirit. This creates a container of focused energy, deepening the connection between Wendy and her audience’ . And each concert ends with an offering of gratitude for the gifts of each Element, and for the shared experience of music and Magic.

“My music comes from my soul, and my performances are really part of my spiritual journey. I love to make a strong connection with the audience, being open with my emotions and sharing the stories behind the songs. I believe that I am always co-creating each concert with the audience. What I give out is reflected back, creating a circle of energy. I like to create a beautiful space with incense, candles and backdrops, and consciously create a magical environment by welcoming in the 4 Elements – Earth, Air, Fire and Water.” 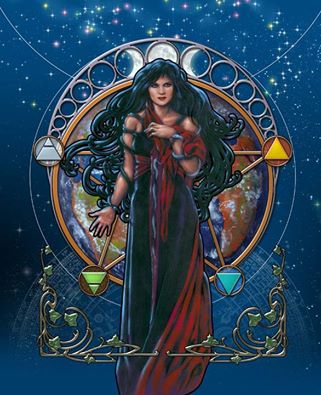 WENDY and The GlOBAL PAGAN Community

Since her early days in Melbourne, Wendy has dedicated a huge amount of energy into creating and maintaining Pagan communities. She has created countless public events to honour the turning of the seasons – Midsummer Faerie Balls, Yule Balls, and Equinox picnics in the park. With a focus on celebrating Nature and honouring Mother Earth, Wendy welcomes people of all traditions and all ages to these events. As an honoured ambassador of the Pagan tradition, Wendy has been invited to present at dozens of international Pagan and Goddess Spirituality gatherings including: