It’s been a powerful start to 2018, launching, as it did, with that epic Full Supermoon on January 1st. The last couple of weeks seem to have flown by, and already the first Dark Moon of the year is upon us, ushering in its earthy Capricorn gifts of foundation, structure, and timely planning. As many of you were aware, Timothy and I launched a huge new project on January 1st – a year long series of free to view live-streamed Full Moon ritual concerts. Now, with the first one complete, I can breathe a huge sigh of relief. It actually worked! We did it! I have to admit, though, that it was a bit stressful (especially the last minute tech dramas), and after months of build up, I fell in a bit of a heap afterwards. In perfect symbolic alignment with the Capricorn / Cancer polarity, a dodgy tooth of mine flared up (Capricorn Sun), bringing with it excruciating pain, and forcing me to take some much needed time out to nurture myself (Cancer Moon). It certainly helped that I received so many supportive and appreciative messages from those of you who tuned into the Full Moon concert. It really means a lot to me to receive that kind of feedback, especially since this is Tim’s and my way of giving back to the community, and helping to create a global circle of Positive Magic in these tumultuous times.

For those who missed the concert, you can still see it here, on youtube. (Jump ahead to about the I hr mark, as we had the camera running as we were getting ready to stream, and I haven’t had a chance to edit it on youtube yet)

And now we’re gearing up for the next Full Moon (January 31st), which is particularly special because it’s a Lunar Eclipse! The Moon will be in the sign of Leo, and I’ll be focusing on the energy of Creativity. The concerts are free to view, and you can register HERE. 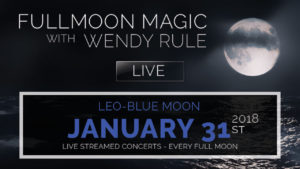 The upcoming Full Moon ritual is especially pertinent for me, as I’ve dedicated 2018 to creative expression and manifestation. My major focus is the completion of my album Persephone, and it’s release to the world. Those of you who have been following my journey for a while will know that this album has been a long time in the making! The initial seed was planted over ten years ago, and now it’s finally coming to fruition. Still lots of work to do, but I’m down for it – willing to do whatever it takes (for the good of all and according to the Free Will of all!) to birth this epic project.

I made a pretty awesome vision board on the last New Moon which I’ve placed above my desk, and is sure to help J. The middle section represents my Full Moon Magic concerts, and my new blue themed website. The right hand side of the board is all about manifesting Persephone, and the left hand is dedicated to manifesting a home in the gorgeous Nature of New Mexico, and spending lots of time in Wilderness. Like all of us, I can’t really compartmentalize my life – nor would I want to. There are lots of cross overs. For example, spending time in Nature nurtures my creative process. My website shares what I have to offer with the world. My creative output helps me to prosper and to manifest my home. 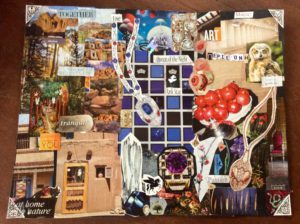 I really find vision boards such an enjoyable and successful way to harness and direct Magic in our lives. Sometimes the results are hilariously literal. I wasn’t 100% sure why I included the pictures of crystals in the middle section of the board. I guess it was about clarity, and also recognizing that prosperity can manifest in beautiful and non-monetary ways. Two days after making this a friend unexpectedly arrived at my door with boxes of cut crystal vases and other treasures that her neighbour had left out on the sidewalk with a ‘free’ sign attached! And the following day I went on a picnic up the mountain with a friend, and sitting all by itself on the picnic table was one of those Perspex crystal prisms that do the light dispersion thing. Magic!

So yes, things are starting to fall into place just as they should be, but of course I have to do my bit to aid the process of creation. I’ve spent the last couple of days cleaning and redecorating our basement recording studio (which we’ve called ‘Disclaimer Studios’ due to the steep staircase and possibility of spiders!), ready to launch back into the next phase of Persephone recording next week. Here’s a pic. (Note the real neon flamingo that I picked up at a garage sale for $3!)

Also, knowing that the completion of this album would require my full and dedicated focus, and my optimum physical health, I made a decision 4 months ago to give up drinking alcohol. I’m sure it hasn’t escaped those of you who know me that I’ve always enjoyed a drink or two ( or 3…..). Fine whiskey, red wine, champagne – I’ve enjoyed so many wonderful times imbibing these delicious substances. Eg: 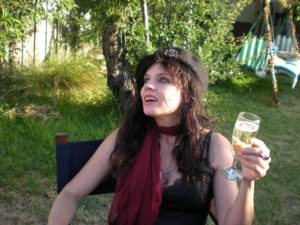 But I also knew that my drinking had become a habit. Nothing dramatic to share, no horror stories of ‘the hell of drinking’ or anything like that. More just a slow leaking away of my vital Life energy, a blurring of the edges, a subtle escape from I don’t know what. So, yeah, for the sake of my Art and my Soul, I gave up! I just had my first Christmas and New year without drinking in probably about 35 years, and I feel wonderful – fitter, happier, more productive (as the Radiohead song goes). I still love a bit of Dionysian debauchery, but hey, Cannabis is pretty much legal here for those occasional times when I feel like experiencing an altered state, and much easier on the body than grog. I’m excited. 2018 feels like a whole new adventure.

Thanks for reading, folks. I’ll keep you informed about Persephone’s progress, and I look forward to sharing the next Full Moon with you. 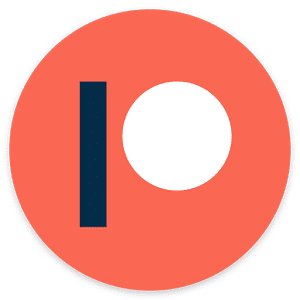 Become a Patron, starting at $2 a month, and enjoy: